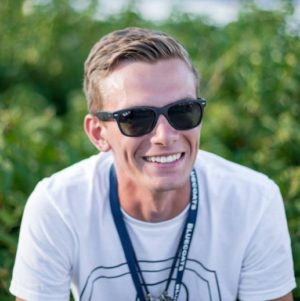 Aaron Dugger, a native of Pennsylvania, graduated from Pennsylvania State University with a degree in Music Education. While at Penn State, Mr. Dugger was a performing member of the Penn State Wind Ensemble, Symphonic Band, Tuba/ Euphonium Ensemble, and the Penn State Marching Blue Band. He is a student of Velvet Brown, Dennis Glocke, Darrin Thornton, and Christopher Hornick.

In 2016, Mr. Dugger relocated to Texas where he served as the Assistant Director of Middle School Bands at Melissa Middle School in Melissa Texas. After 2 years, Mr. Dugger moved to Melissa High School where he served as the Associate Director of Bands and the director of the Cardinal Marching Band. The 2018 Cardinal Band appeared in 4A State Finals for the first time in school history. Under his guidance, the Melissa Middle School and High School non-varsity bands received consecutive Sweepstakes Awards. Most recently, Mr. Dugger served as an Assistant Band Director at Colleyville Heritage High School where the program made its first appearance at the UIL State Marching Contest in 20 years.

Mr. Dugger is an active clinician and drill writer for bands across the country. He serves on the brass staff for the 2019 DCI World Championship Silver Medalists, The Bluecoats Drum and Bugle Corps. Mr. Dugger was a performing member of the Bluecoats from 2013-2015. Additionally, Mr. Dugger served on the brass staff for the Academy Drum and Bugle Corps in 2016. He has also served as a consultant for the Melissa Winterguard, Gateway Winterguard, Melissa Indoor Percussion, and several other groups across North Texas.